IDC Models, the rapid prototyping and model making division of IDC (Industrial Design Consultancy), has manufactured the world’s first retractable crane windsails for Select Plant Hire. IDC Models supported the development by prototyping and manufacturing components, as well as the final assembly of windsail kits to be supplied for fitting at Select.

The project relied on expertise across the whole of IDC, with IDC’s design studio handling the design and engineering of the product, and working alongside IDC Models for prototyping and product testing stages.

IDC Models produced 3D printed SLA models throughout the early design stages, followed by a full-sized working prototype of the windsail, which was almost 9 metres in length. With such large scale components, production could have been a problem but IDC Models’ unit is able to cater for large scale products. The full size working prototype was then tested in winds exceeding 100 km/h to ensure the system was able to withstand large forces. Once the final design was approved, IDC Models used their production facilities to manufacture an initial batch of 32 individual windsails for four different models of Terex crane. There has been such high demand for the product that further production runs have already been planned. Each windsail comprised around 3,000 components, with electronic controls and aluminium extrusions of up to 8.6m length - for installation into jib sections by Select at their depot in St Neots, Cambridgeshire.

Steve Bradby, Select’s engineering leader explained the background to the challenge. ”It is common in the UK that cranes are not allowed into the air space above an adjacent property, an issue especially prevalent in city centres and next to high-rise urban developments where space is at a premium. In these instances, luffing jib cranes are often the only solution. Luffing cranes have jibs that can be raised and lowered enabling them to manoeuvre within a site boundary or around nearby obstacles such as buildings or other cranes etc. When the crane is not being used, it is critical, in order to limit the stresses on its structure and achieve increased heights, that the upper part can rotate freely – to ‘weather vane’. The windsail is essential to generate the force required for the crane to weather vane correctly when the jib is parked at a steeper angle and ensure the crane is left safely overnight. Until now, luffing crane windsails have been made from rigid materials such as steel. Unfortunately, a large fixed sail can make the crane difficult to manoeuvre in windy conditions and we recognised that if these windsails were made retractable, the cranes would have much greater productivity.”

The new windsails have already been seen in Manchester and are currently in use at sites in London. At one site on London’s south bank where 21 cranes will be used, 17 will require retractable windsails. On the exceptionally tight site, utilising this many cranes would have been impossible without the retractable windsail.

IDC’s Managing Director, Stephen Knowles, comments, “We’re delighted to have designed and produced a product which has such a powerful impact on the productivity of cranes. In the short time this product has been available, we have seen it in great demand.” 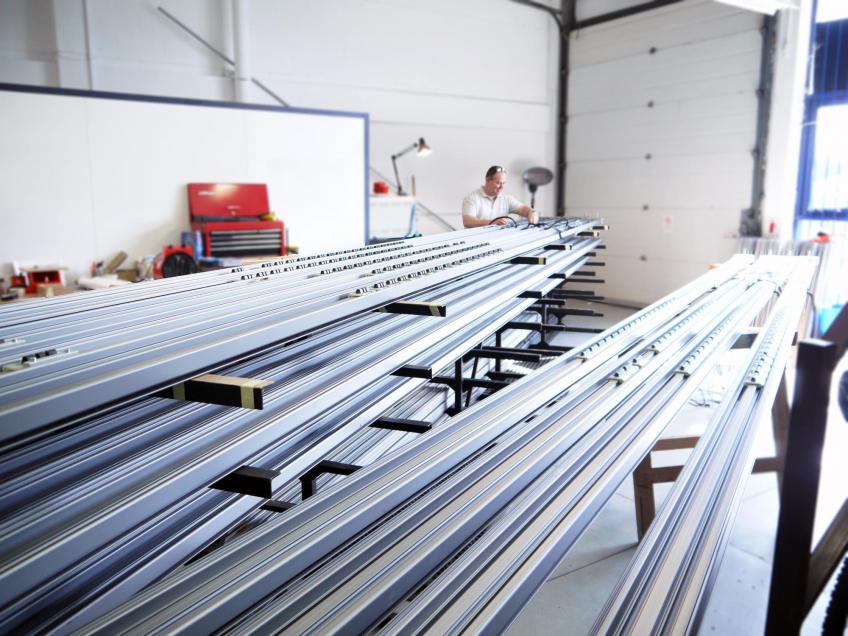